Now that we had a strong contender for our chase scene, it would be hard to find any more adequate places to shoot. There were a few problems with the NCP however, such as the rooftops being open to the elements and the generator being permenantly under repair. 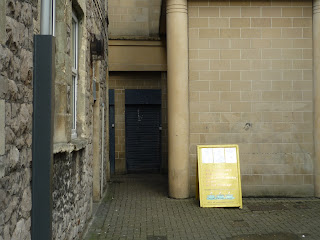 The next place that had some great staircases and rooftop was the soveriegn centre. It had an interesting enterance to the staircase which would be great for a tracking shot, sweeping round the corner into the large set of stairs. 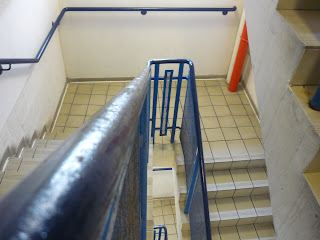 One of the greatest advantages of filming in the soveriegn centre was the fact that the staircases were much wider allowing the cameraman to film and not get in the way of the actors. It also meant that the shots could be a lot longer. Diadvantages of shooting here would be that the stairs are more modern, although the rooftop is reletively ancient which wouldnt hinder our filming too much. 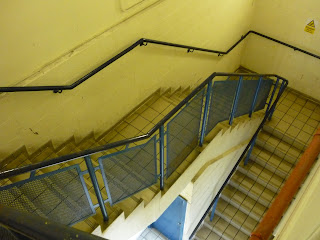 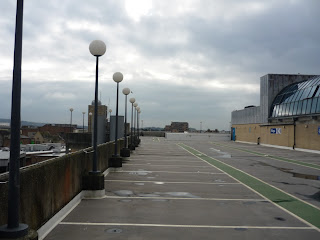 Fotunately the rooptop onm the sovereign centre has some shelter from the wind so whichever way it is blowing we can film the other side. The only problem is that the soveriegn center is much more busy especially as we are filming on the weekend.
Posted by Joe, Spencer, Hani and Peter at 06:47