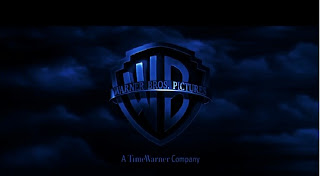 The opening sequence is very interesting and unique. The sequence starts with the institutes involved, the text and logos are darkened to make them more suitable to the film. Once these titles are done we go straight into action without anything else being mentioned, no actors, and no film title. 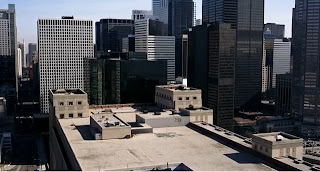 The action starts with a slow pan to a building where a small explosion comes from the window, this immediately sets the mood since explosion are generally seen in action films, you wouldn’t expect to see them in the opening sequence of a comedy or a romance. With this one action the genre has been shown to the audience. 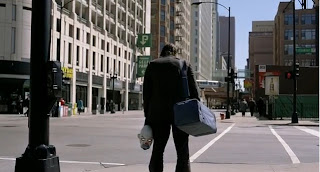 After this we start seeing characters, this sequence features a lot of quick shots but the first slow shot is of a character just stood still on the side of the road holding a mask, this indicates to the audience that he is one of the main characters, it is also an enigma since the audience begins to wonder who he is. Throughout this sequence a lot of shots show the location of the film, the audience can see that the film is set in a very modern city, much like New York.  This opening sequence is very unique since it doesn’t really go through all the expected things, such as actors, who’s involved, film title, it simply goes straight into the film and establishes a main character (Joker) early on, before the actual star of the film (Batman), this shows the importance of the Joker in this film and he’s not just another villain, by having the entire opening sequence just to introduce him is very unique just to introduce a character.